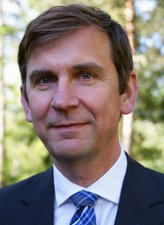 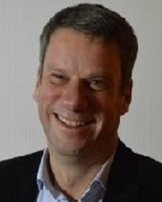 Dr Marita Högberg, Chief Executive Officer and co-founder of Noviga Research AB, PhD in Organic Pharmaceutical Chemistry from Uppsala University. She has a long experience in drug discovery projects, both as Scientist and as Project Manager. She was employed 10 years at Medivir AB where she worked in a wide range of projects within different target classes. In 2002 she co-founded Chemilia AB, where she served as CEO for 12 years. Chemilia was a company focused on medicinal chemistry and anticancer drug development. Chemilia was also a SME participant  in a FP6 EU-Project, where she served as Project Manager. In 2014, she co-founded Noviga Research AB.

Dr Stefan Rehnmark, Chief Scientific Officer and co-founder of Noviga Research AB: following studies at Harvard Medical School, USA, and Wenner-Gren Institute, Stockholm University, where Dr Rehnmark also earned his PhD in Physiology, he spent 2 years at the University of California Los Angeles, USA. He returned to Sweden for a position as Assistant Professor at Wenner-Gren Institute, where he headed a research group, and was later appointed Associate Professor. In 1998, Dr Rehnmark was recruited to KaroBio AB,  Sweden, where he initially served as the Head of Molecular Biology and then  holding several positions, such as Project Manager, Head of Pharmacology, and  Principal Scientist. In 2007, he co-founded Axcentua Pharmaceuticals AB, where he served as CSO and CEO, bringing a small molecule natural compound from idea to clinical trials in 18 months. In 2011, he founded RenoSearch AB, a consultancy firm focusing on preclinical and clinical research. In 2014, he co-founded Noviga Research AB.

Dr Achim Orzechowski, Business Development, PhD in Toxicology from the University of Tübingen in Germany. R&D Scientist & Manager with over 20 years of industry experience in drug discovery & development. Currently Chief Operating Officer at Adduct Analys and CSO/Senior Consultant at PKxpert AB. Previously, holder of various senior management positions in AstraZeneca R&D leading the Drug Metabolism & Pharmacokinetics department in Södertälje for more than 6 years. Management of a portfolio of drug discovery programs in the CNS area in AstraZeneca, with an excellent track record of delivery and significant experience collaborating both across national and cultural barriers. Strong track record in strategic R&D management, portfolio evaluation and licensing of programs in stages from early discovery to Phase 2 clinical trials. Specialist in Drug Metabolism and Pharmacokinetics. Degree in Chemistry and published more than 20 peer-reviewed articles. 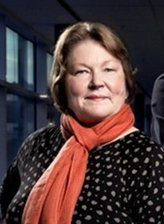